The Fight to Free Tiranga 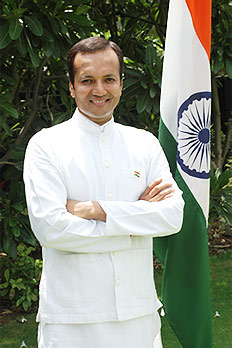 The view of Union of India to this was that the Central Government is authorised to impose restrictions on the use of National Flag at any public place or building, and can regulate the same by the authority vested in it under Section 3 of the Emblem and Names (Prevention of Improper Use) Act, 1950. The Union of India also viewed that the restriction imposed by the Act and orders issued by the Government are constitutionally valid, being reasonable restrictions on the Freedom of Speech and Expression under Article 19(2) of the Constitution.

The Division Bench of the Delhi High Court on 22nd September, 1995 allowed the writ petition filed by Naveen Jindal holding that “Any restriction contained in the Flag Code – India relating to the flying of national flag by the citizens cannot be enforced except when contravention of those restriction come within the purview of any law in force.” A mandamus was issued to the Respondents (Union of India & others) restraining them from interfering with the right of the Petitioner to fly the national flag on his premises.

What Tiranga Means to Naveen…

I believe that just as a Hindu keeps a Ramayana and Bhagwad Gita at home, a Muslim the Holy Quran, a Christian the Bible, and so on, every Indian should display the greatest symbol of our nation, our National Flag. When an individual displays the Tricolour, he rises above his religion, his political affiliation or the region he belongs to. He not only shows his love for his country but his pride to be an Indian. Moreover, the National Flag always reminds him of his duties towards the nation. For me, the display of the National Flag is a way to express my love for and faith in the country.

Also when a company flies the Tricolour at its factory or office premises, the people working in the company get inspired by it, and feel that they are not just working for the company, but also for a great nation. It is a symbolic gesture of putting the national interest before everything else.

In an interview for CNBC-TV18, when asked whether the cause of Tiranga had become his personal crusade, Naveen stated:

Yes, because in those 10 years so many lawyers and governments changed. We were just fighting for a basic right, which most countries give to their citizens and I felt the governments should be happy for their citizens who want to display the national symbol. Rather than doing that, the government had been stopping people from displaying the national symbol. So it is just something, which was beyond me but I definitely feel whatever is lacking in our country, I feel I am responsible for it. Not guilty of it, but I definitely take it as my responsibility. I took this issue as my responsibility, worked on it and took a very long time. But finally we can display the flag and even wear the flag today. If you want to wear the national flag on a T-shirt, on a jacket, on the cap, you can do it.

Not satisfied with a legal victory, Naveen along with his wife Shallu Jindal founded the Flag Foundation of India, an organisation that works towards fostering respect for the Tiranga and the values it embodies among all Indians, particularly the youth.

Naveen Jindal took the National Flag initiative to the next level of patriotism when the Home Ministry agreed to a proposal made him to fly the flag at night also where the flag is installed on the monumental / giant poles. Naveen Jindal has hoisted the country’s highest flag in Kaithal and Ladwa (Kurukshetra), Hissar and Kurukshetra in Haryana. The flag hoisted are at a height of 206 feet and the dimension of the flag is 48 ft in breath and 72 feet in length.

To quote Naveen: “It is our flag and we all must respect it, love it, and above all fly it.”