As the famous maxim goes – “Politics is the art of the possible”. This sense of the ‘possible’ broadens the horizon of politics, it draws our attention to what ‘could be’, and therein lies the concept of ‘hope’, of the capability of favourable development. Naveen is inspired by this politics, which has the potential to touch the lives of millions in ways more than one.

In 2005, Naveen set up the O.P. Jindal Gramin Jan Kalyan Sansthan in memory of his father to work for the development of Kurukshetra, Kaithal, Yamuna Nagar and Hisar, all in the state of Haryana. 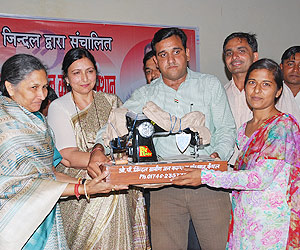 In a bid to green areas both in his constituency and the rest of Haryana while also promoting community sports and cultural interactions, Naveen has spearheaded the development of O.P. Jindal parks in Kurukshetra, Hisar and Yamuna Nagar.

Naveen’s political activism began long before he actively took up politics as a career. He is single-handedly responsible for making the Tiranga more accessible to the average citizen. It was his initiative that led to a revision of the Flag Code of India, which now grants every private citizen the right to fly the Indian National Flag publicly with dignity and honour on all days of the year. In an interview to CNBC-TV18, he explained at length the motivation behind the over-10-year-long battle he fought for every Indian’s right to fly the Tiranga:

…when I was the President of the Student Government in University of Texas, an American gifted me an Indian flag and I put it up on the wall in my office. I had the flag there for one year and nobody ever stopped me from doing that. When I came back to India and I wanted to fly a flag in my factory premises, I was stopped. I was shocked and asked if I couldn’t fly the Indian flag in India in a respectable manner then where could I do it? So I felt very strongly about it and said that it is only symbolic but then symbolism also means a lot. So then I took up this cause and it took almost 10 years. But I am very happy that today, every Indian can display the greatest symbol of our country.

Question: It became a very personal crusade for you, didn’t it?

Yes, because in those 10 years so many lawyers and governments changed. We were just fighting for a basic right, which most countries give to their citizens and I felt the governments should be happy for their citizens who want to display the national symbol. Rather than doing that, the government had been stopping people from displaying the national symbol. So it is just something, which was beyond me but I definitely feel whatever is lacking in our country, I feel I am responsible for it. Not guilty of it, but I definitely take it as my responsibility. I took this issue as my responsibility, worked on it and took a very long time. But finally we can display the flag and even wear the flag today. If you want to wear the national flag on a T-shirt, on a jacket, on the cap, you can do it.

Not satisfied with a legal victory, Naveen along with his wife Shallu Jindal founded the Flag Foundation of India, an organisation that works towards fostering respect for the Tiranga and the values it embodies among all Indians, particularly the youth.

For details on the Flag Foundation of India, click here. 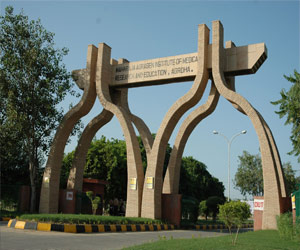 Naveen is an active campaigner for women’s empowerment, environmental conservation, health, education and youth empowerment. His recently launched initiative, the ‘Citizens’ Alliance for Reproductive Health and Rights’, is an awareness-building exercise through a pressure group consisting of politicians, activists and journalists. The Alliance will, in the long term, work towards building awareness of over-population, maternal and infant mortality and take concrete action on these fronts.

Besides spending Rs 10.92 crore from the MPLAD (MP Local Area Development) Fund for Kurukshetra, Naveen has dipped into his personal funds plus drawn a total of Rs 47.55 crore from the O.P. Jindal Gramin Jan Kalyan Sansthan for the overall development of the constituency. In 2010, he donated his entire accumulated salary of the previous five years as an MP to the students of primary government schools in Kurukshetra. The consolidated amount was nearly Rs 40 lakh, to which he added a further Rs 10 lakh from his personal income for the cause.

Going beyond his own constituency and his home state Haryana, Naveen has shown his commitment to education, healthcare, environment and the weaker sections of society in the areas surrounding his factories across India, through the setting up of hospitals and schools, adoption of villages and other programmes.